Bar Mizvah at the kotel 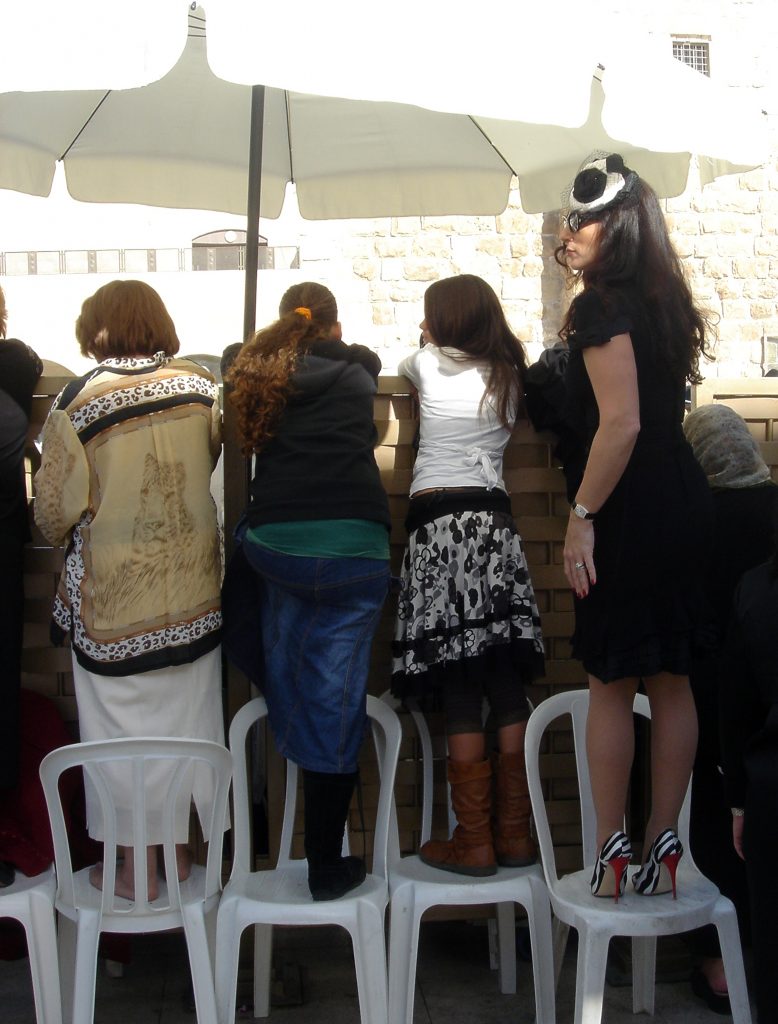 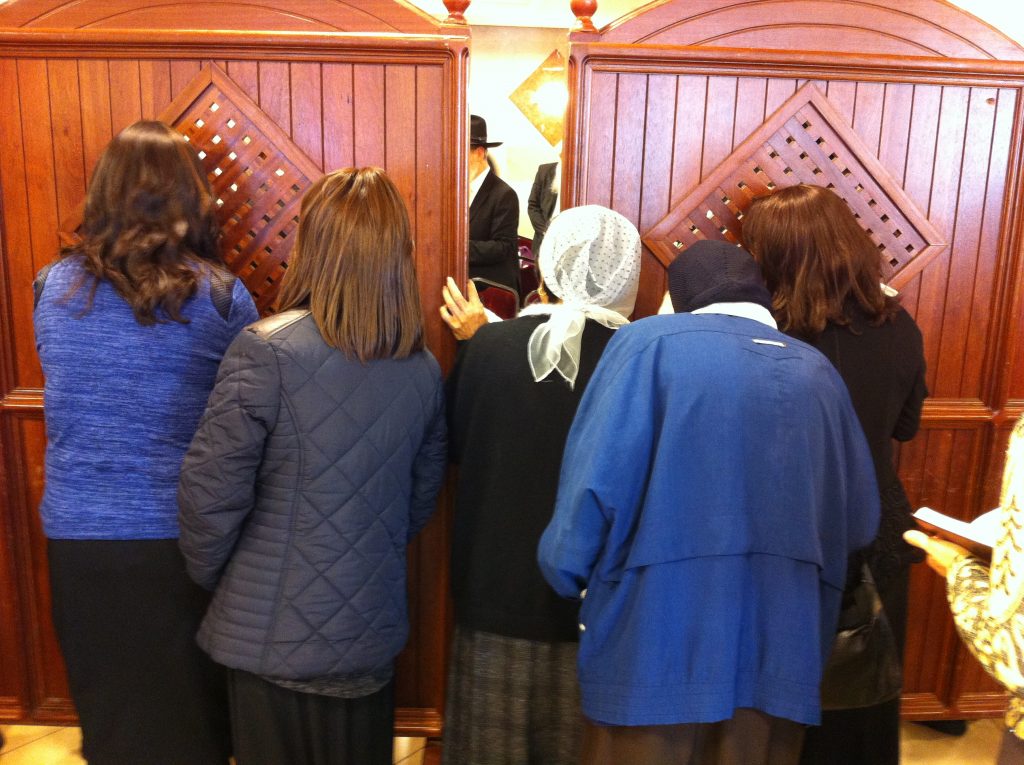 In Charedi (ultra-orthodox) circles, women and men are strictly separated by a screen (mechitza) at all public events, including at circumcision ceremonies, as is the case here. Often the women peek through cracks to see what’s happening on the men’s side.

Morning prayers at the Western Wall 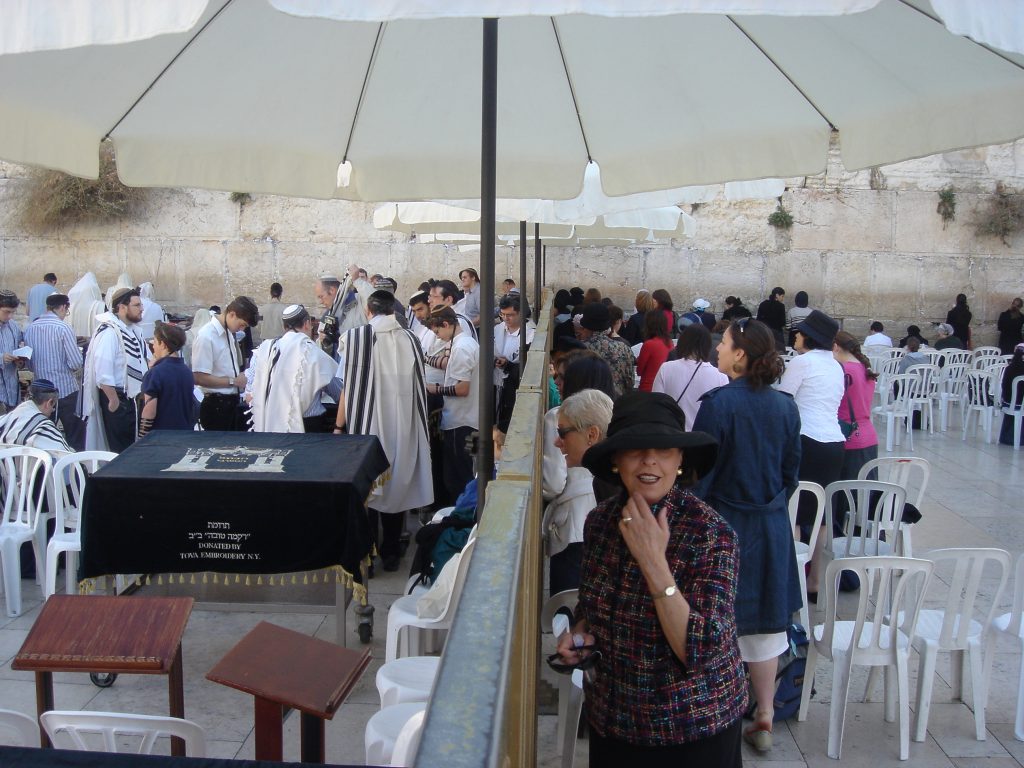 At the Western Wall (kotel) men and women’s prayer sections are separated by a screen (mechitza).

Redemption of the firstborn (Pidyon Haben) 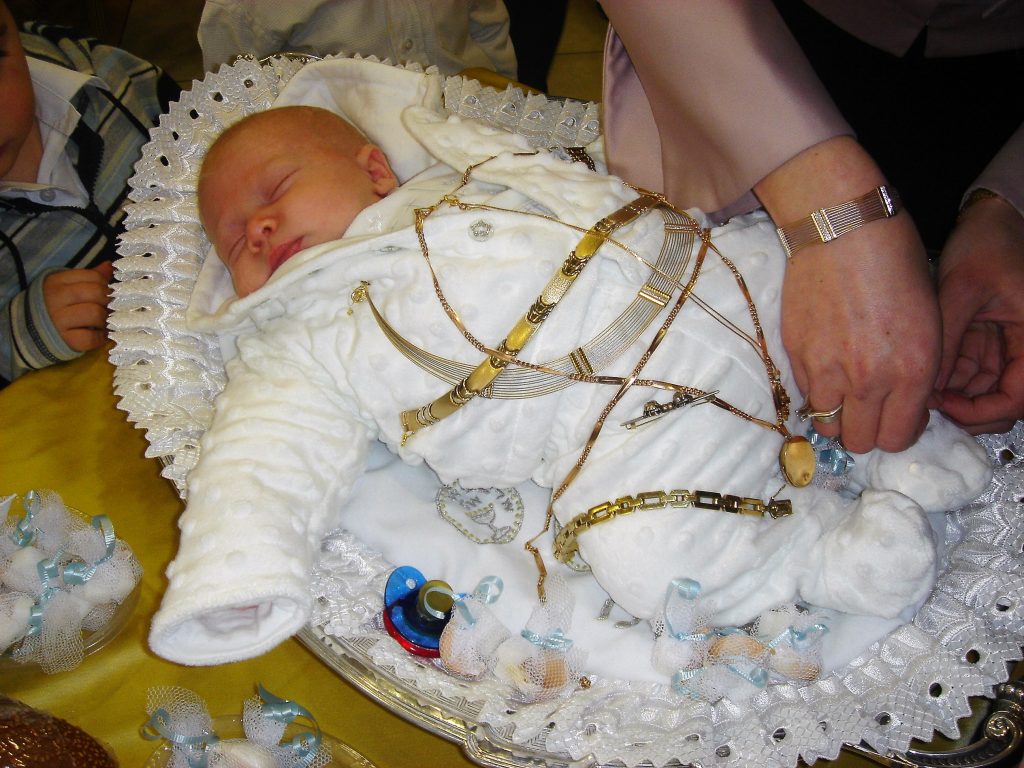 When a first-born son is 30 days old, a ceremony called “Redeeming the son” or in Hebrew “Pidyon Haben” is performed, according to the Halacha (Jewish Law) from the Bible (see Exodus 13: 13-16, Numbers 3: 45-47). In this ceremony, a Cohen (priest) asks the baby’s father, ‘What would you prefer, to give me your son, or to redeem him with 5 silver coins?” The father always chooses to pay over the coins! The child is usually brought in on a large tray, and covered with jewellery, with little bags of sugar cubes and garlic cloves dispersed around him. These customs are ancient, and occur quite rarely, as few babies are firstborn sons, born naturally, with no prior miscarriage, where neither parent is from the tribe of Levy (Levites or Cohanim). 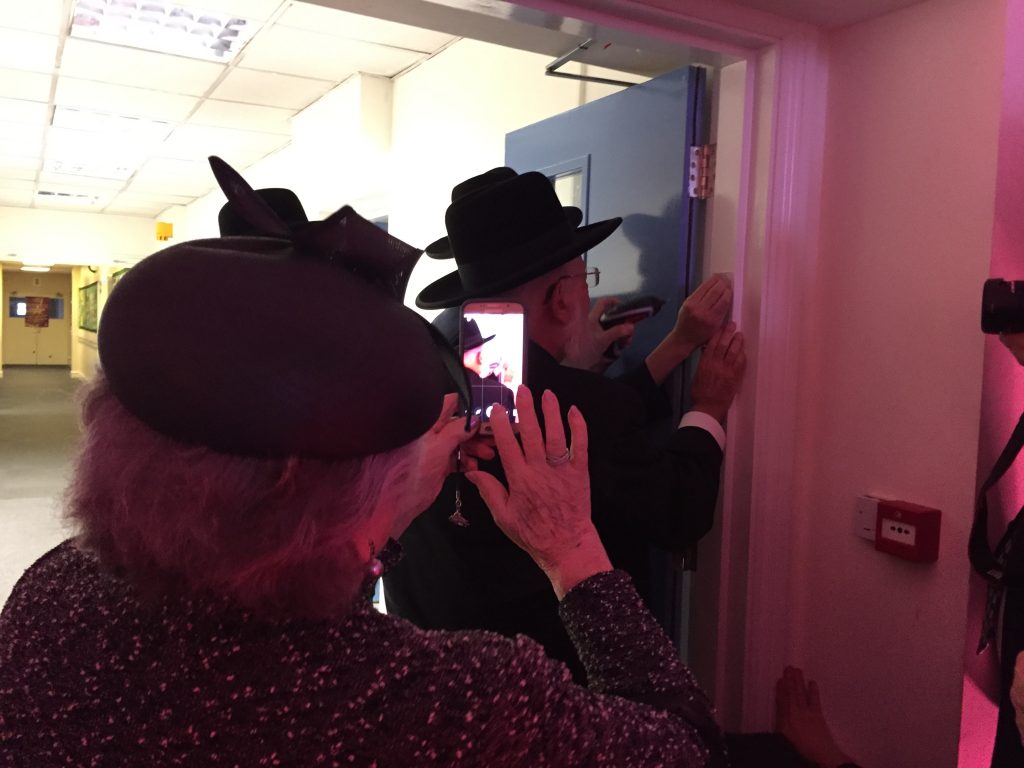 A mezuzah is a piece of parchment inscribed with verses from the Torah (Deuteronomy 6:4-9 and 11:13-21) and usually placed in a decorative case and fixed to the door posts of houses and rooms. 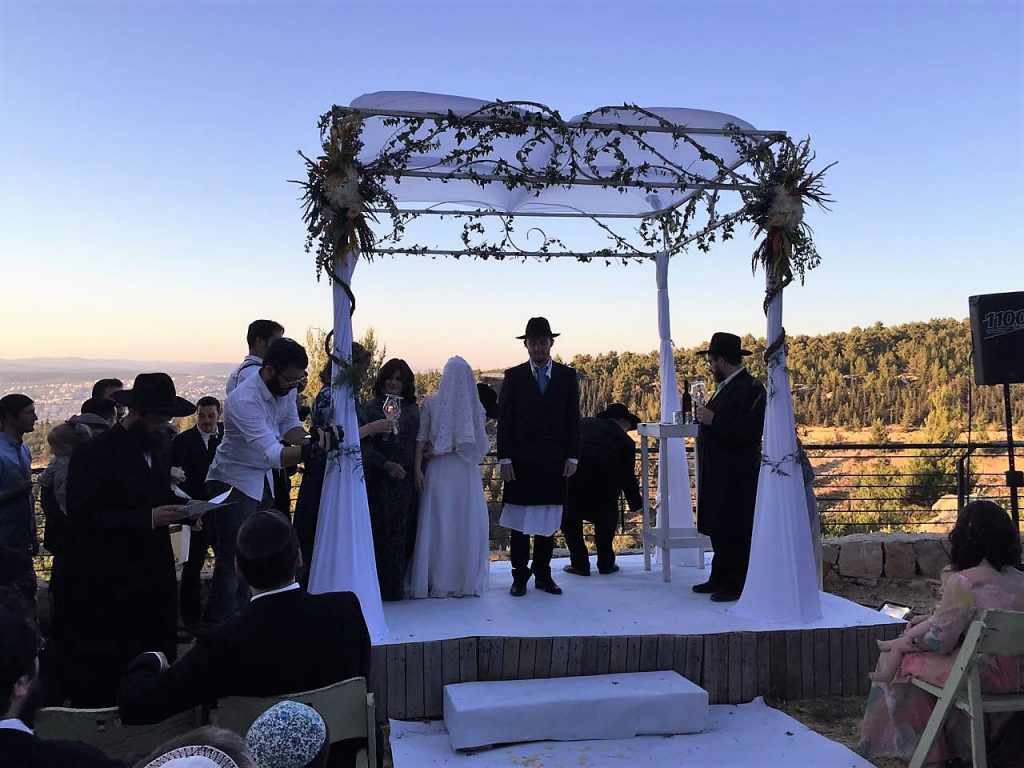 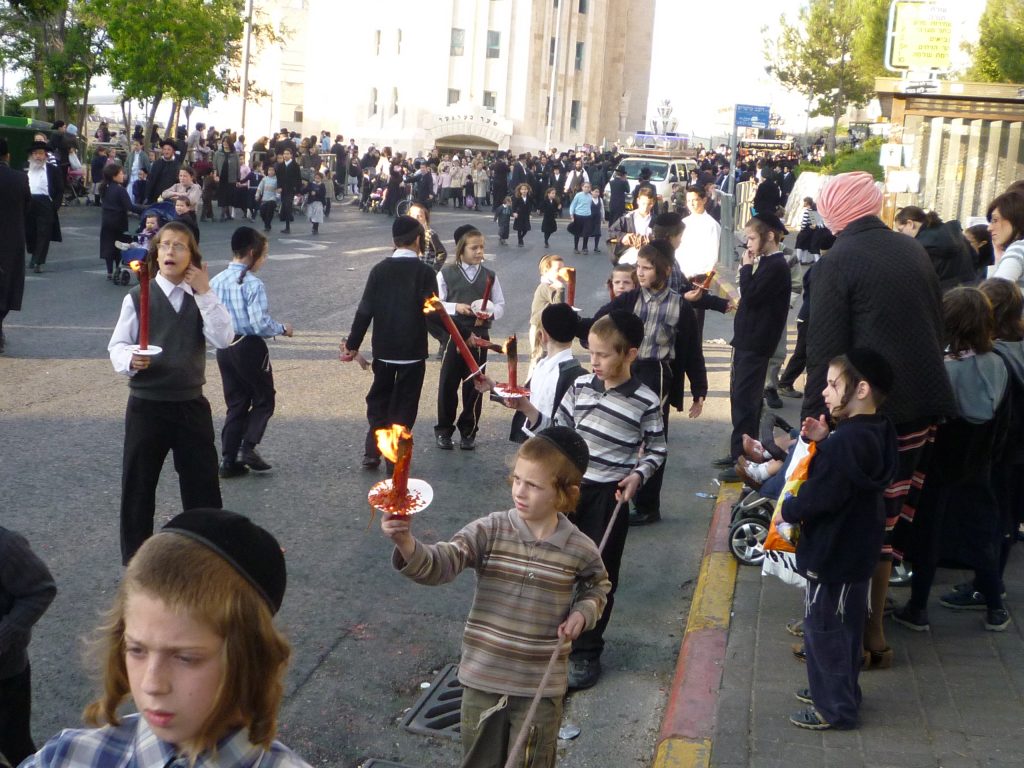 When a new Torah scroll is brought into a synagogue, it is customary to bring it from the home of the scribe under a wedding canopy (chupah) and accompany it with a festive parade. Often streets are closed to traffic and police secure the safety of the participants. Some dance, sing and carry lighted fire torches in celebration. 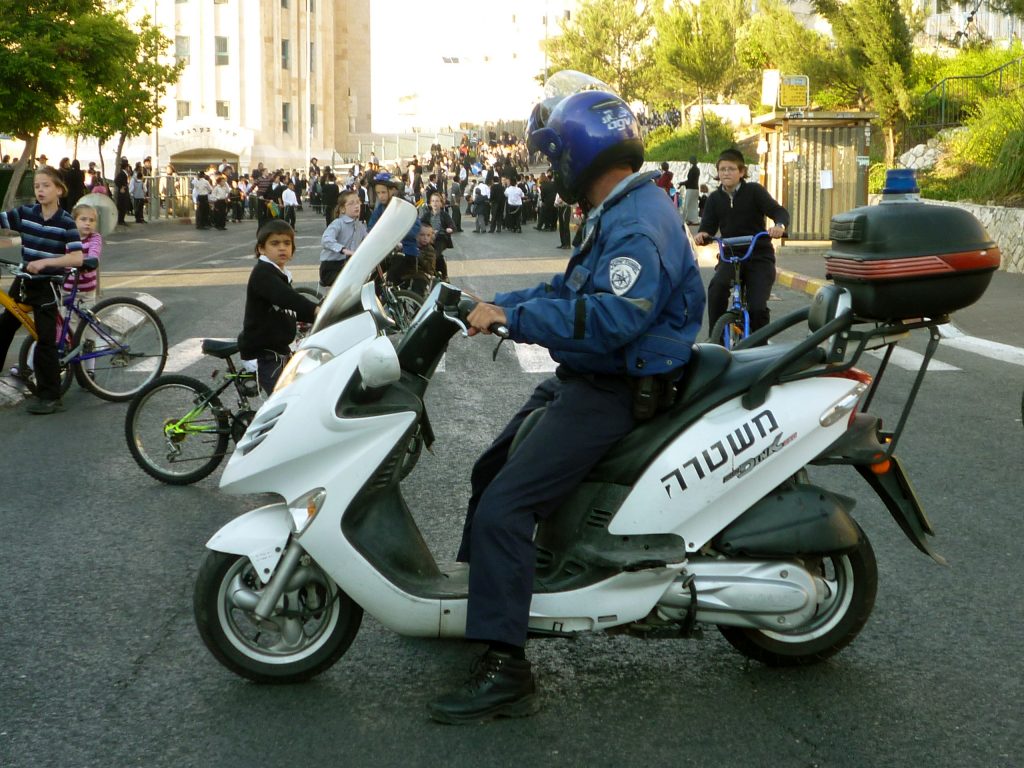 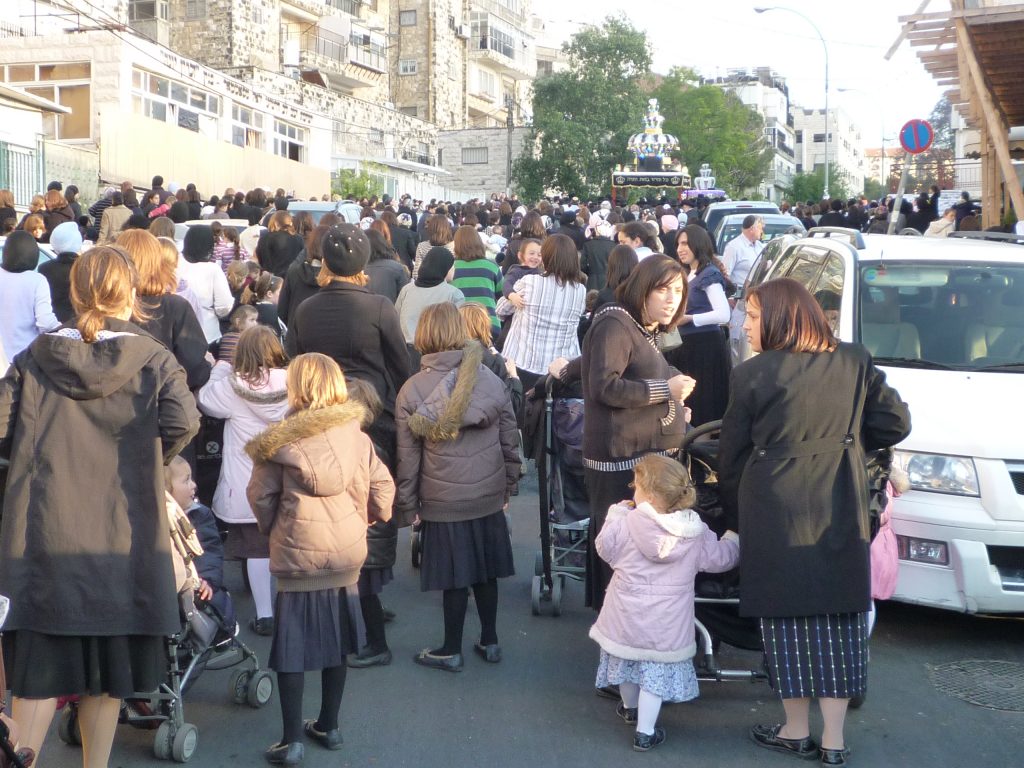 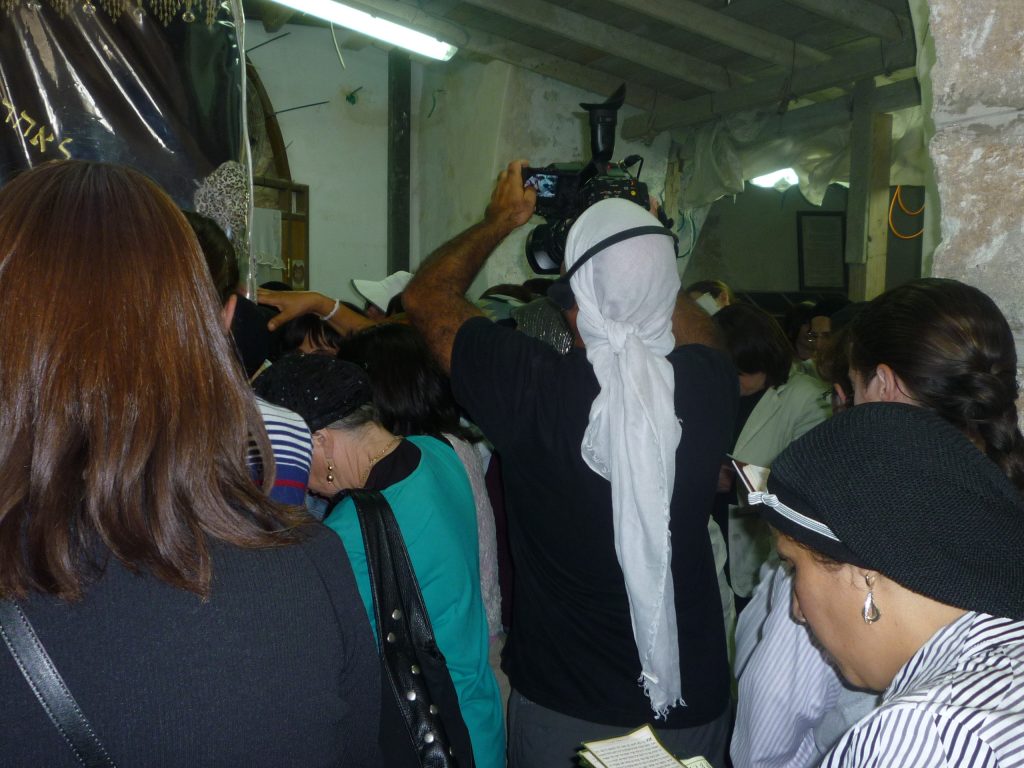 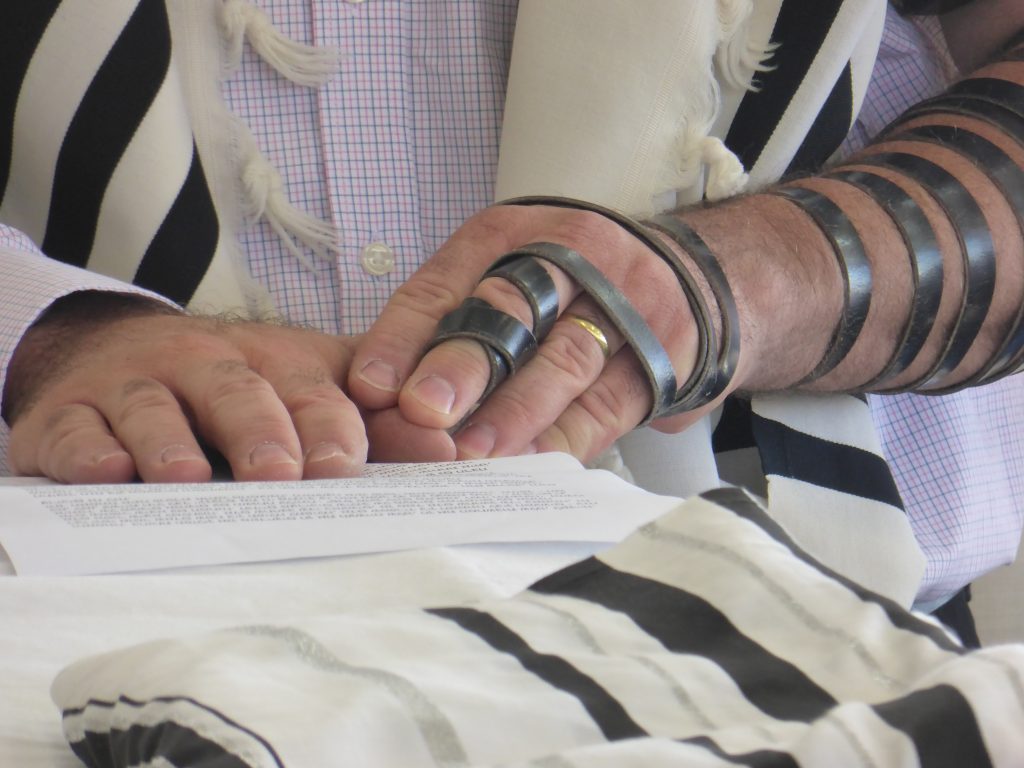 A father, still wearing his tallit (prayer shawl) and tefillin (philacteries), addresses his son and guests, towards the end of the morning service.