Progress at last (my personal bookcase)

My idea here relates to the exponential growth in women’s scholarship in recent decades. Jewish women throughout the last 2 millennia have not been notably learned- this area was overwhelmingly dominated by men. However, we are witnessing a real change with women achieving great prominence and knowledge: writing, teaching, leading higher education institutes for other women, and women rabbis in all denominations of Judaism. This is nothing short of a revolution, social and intellectual.
I chose to address this new excellence by creating a mini-bookcase (referencing the traditional ‘Jewish Bookcase’). I created 5 shelves, each covering 500 years from the beginning of the first millennium of the Common Era (AD). Each scholar who has inspired or influenced me, has her name on the spine of a tiny hand-made book, each 6.6 x 5.5 x 1.8cm.
The earlier shelves are either empty or sparsely filled, whereas the shelf from 2000 CE is overflowing with books, depicting the recent phenomenal multiplication of outstanding women now in the field of traditional Jewish learning.

Against the Evil Eye

A Blessing on your Head

This is a work about blessing, the special personal prayer in Hebrew that fathers and mothers and often grandparents too, with their hands on the child’s head, give their sons and daughters or grandchildren, on Friday evening, after synagogue and before dinner.

The text reads, for sons:
ישמך אלוהים כאפרים וכמנשה
May the Lord bless you like Ephraim and Menashe

And for daughters:
ישמך אלוהים כשרה רבקה רחל ולאה
May the Lord bless you like Sarah, Rebecca, Rachel and Leah

Then follows the famous ברכת כהנים , the Priestly Blessing, taken from the Bible, Numbers 6: 24-26. This is also the oldest known Biblical text, found in an ancient grave from 7-6th century BCE in Katef Hinnom in Jerusalem, engraved in Hebrew on small silver scrolls, and now on display at the Israel Museum, Jerusalem:

Jewish parents (and grandparents) have been blessing their children (and grandchildren), including adult children, like this for many generations with a separate blessing each week, for each child. This prayer represents a parent’s best hopes for his child, that the child should follow in the path of our Patriarchs and Matriarchs, and should find favour with the Lord. It acts as a conduit for forgiveness and love.

My work consists of some 20,000+ pairs of paper hands, based on my own hands, representing generations of parental blessing and prayer. Each right hand represents the prayer for sons’ welfare, and each left hand is for daughters. The overall height is symbolic of a child’s height. Each paper hand was cut out by hand and piled up in a column. The perennial blessing appears at the top in gold leaf.

Bread is regarded as the most basic foodstuff. In the Talmud, a meal (requiring a blessing to be recited) is defined by the consumption of a piece of bread larger than an olive. There are several traditions that place bread and salt together:
1. It is an imitation of Temple ritual, where offerings were prepared with salt.
2. It refers to Genesis 3:19, which says “By the sweat of your brow, shall you get bread to eat”; salt is representative of the sweat.
3. Bread and salt are regarded as a natural pair because the Hebrew words lechem (bread) and melach (salt) are both spelled from the same three letters (לחם, מלח).
By bringing bread and salt to a new home, one is making it possible for newcomers to sustain themselves. There is a tradition that these are the first foods to enter a home, as a welcome. And dipping bread (or challah) into salt is an integral part of any Jewish festive meal.

For this work, I baked a round bowl out of bread and heaped it with salt. 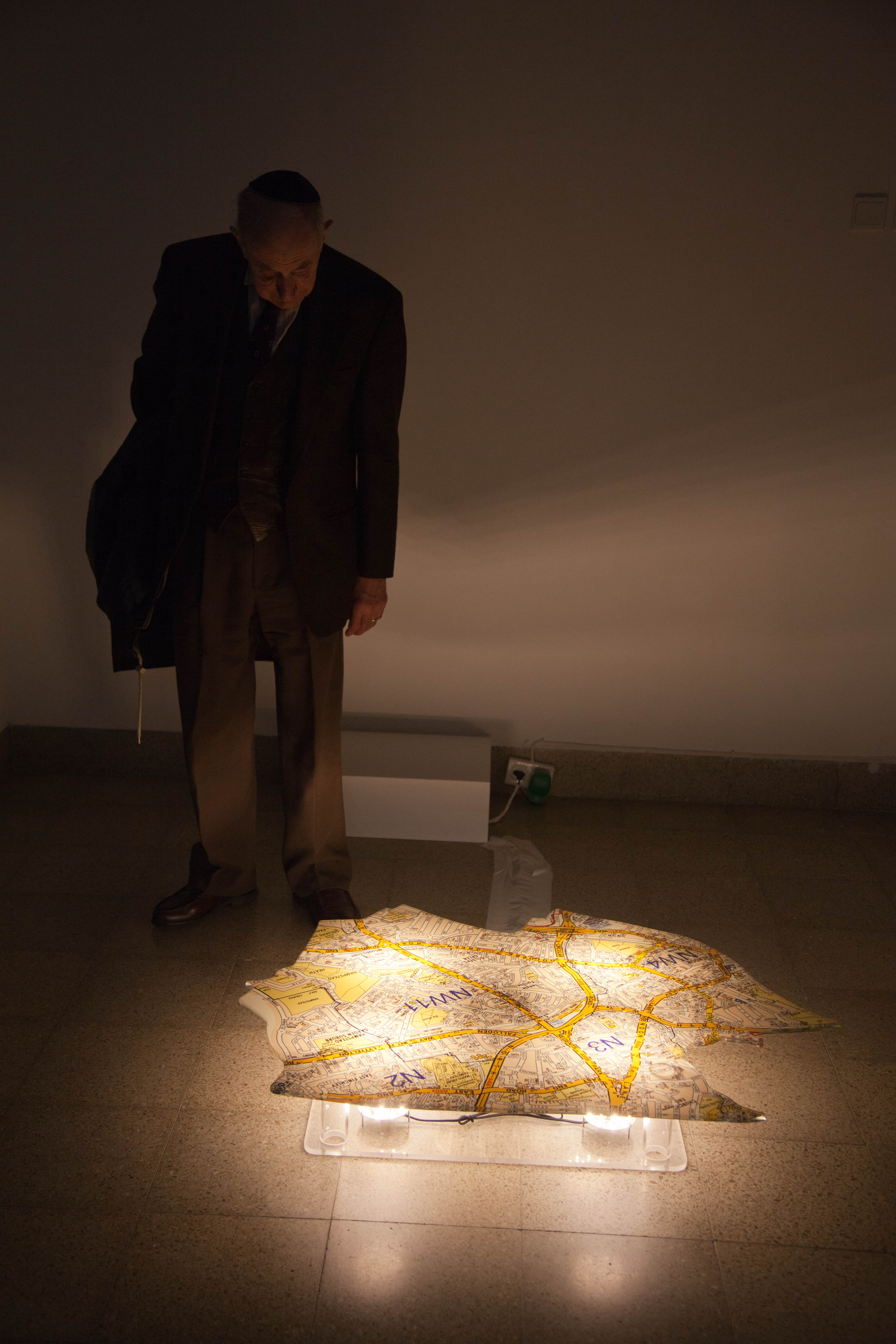 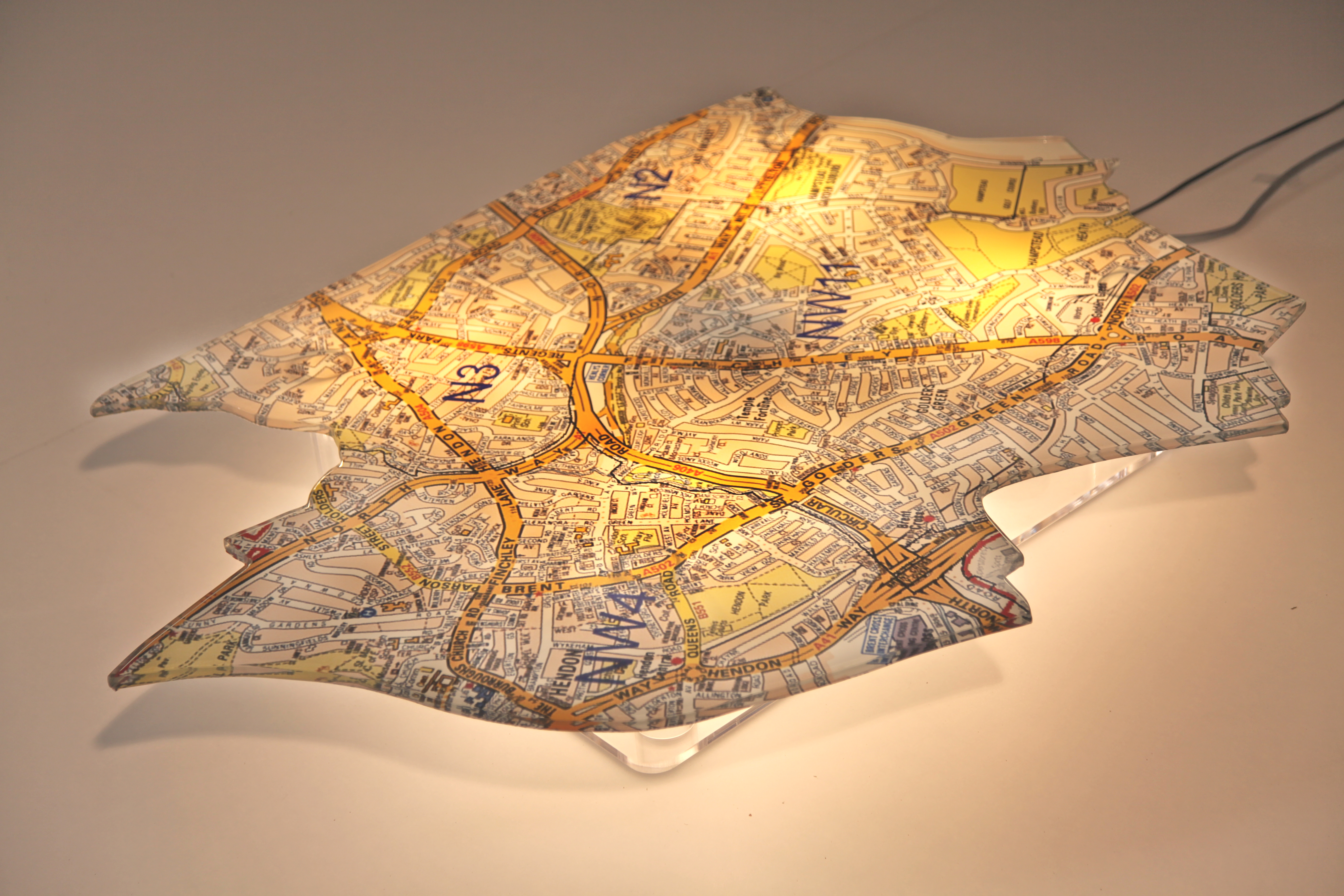 And spread Your canopy of peace over us 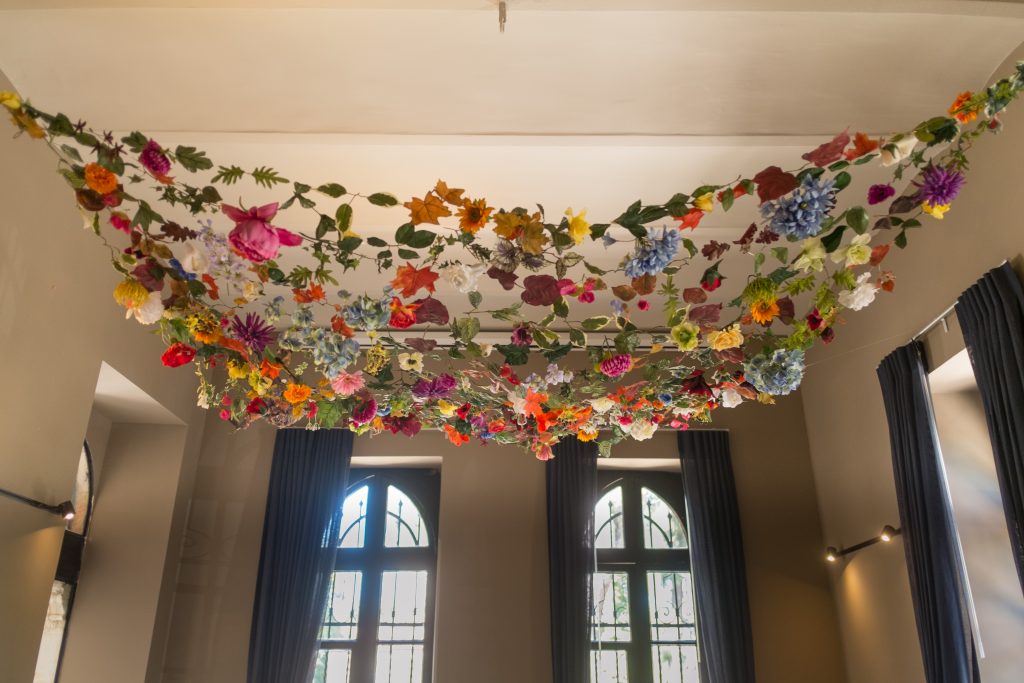 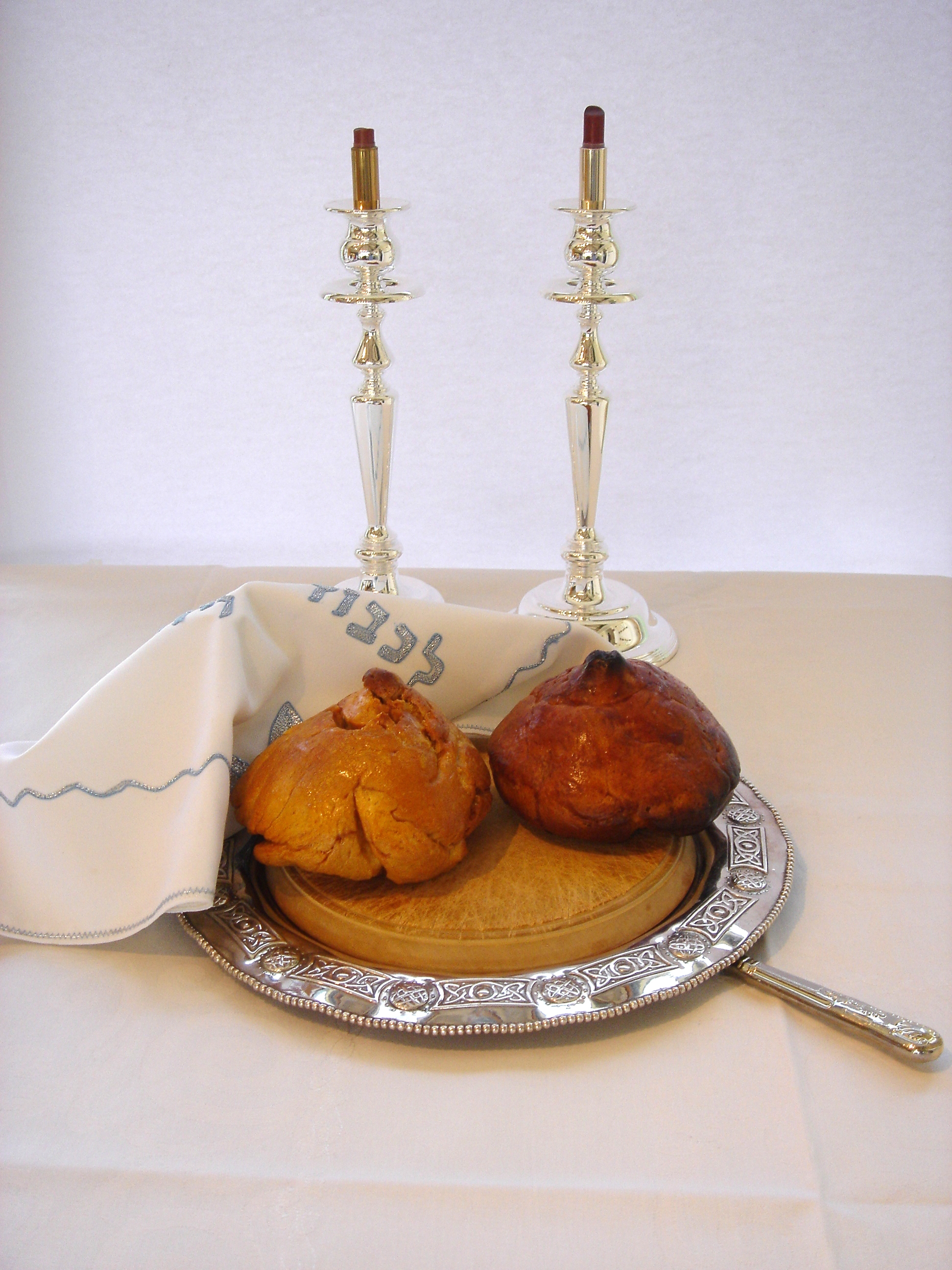 This law is an integral, if private, side of Judaism. The term ‘scholars’ is interpreted to include all white-collar workers, as opposed to manual laborers for whom the halacha (Jewish law) is different.

Just as a woman readies herself for the Shabbat by preparing food, challot (special loaves of bread) and candles to light, so she must prepare herself, to the extent that she needs to do so and when she is not nidah (ritually unclean), for intimacy with her husband at the end of the day. After the meal is served and cleared, the guests leave and the children are asleep, then comes the time for the fulfillment of this mizvah (commandment).

In my work, I make overt reference to this hidden agenda of Friday nights. I have baked challot in the shape of breasts and put lipsticks in place of candles in the Shabbat candlesticks. Friday night really is often colloquially and half-jokingly called “mizvah night”.